Paul French has finished work on the roads and they are in excellent shape. But the ground is saturated and it is still raining. Let’s hope for a dry spell. 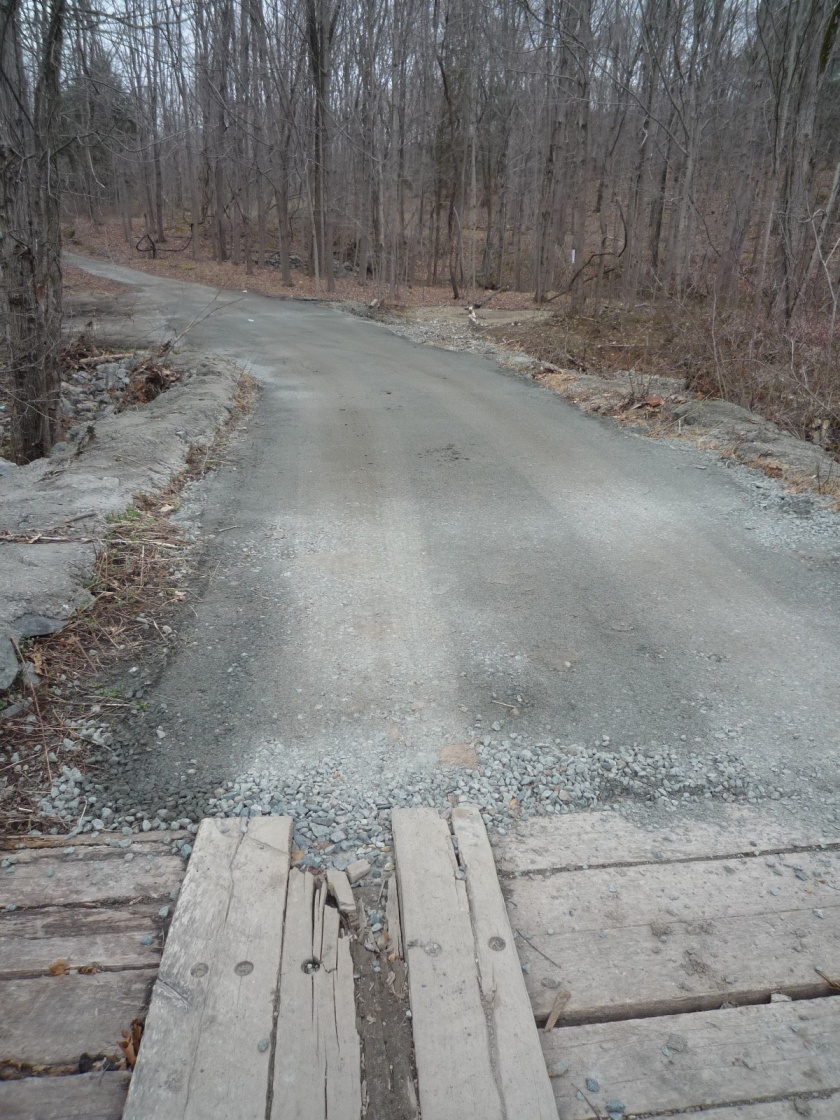 Photo taken by Aaron Lewit Sunday, March 28
Scroll down to previous posts for “before” pictures of the bridge.

Photo taken by Jeff Galloway Sunday, March 28 This is what some of the roads we don’t maintain look like. As Jeff says, “they are instructive about the forces of nature we’re dealing with on the roads that we are maintaining.” 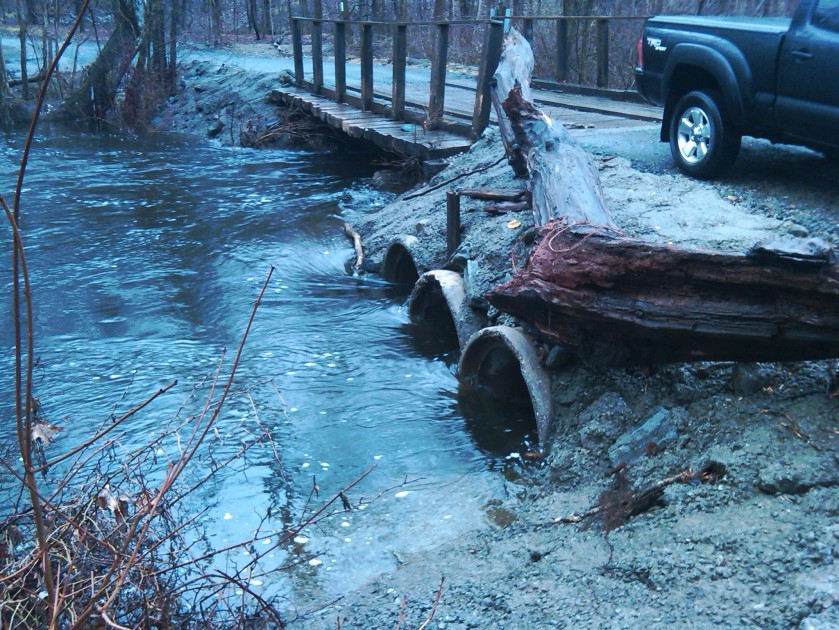 Photo taken today, Tuesday, March 30 by Mike Klein who says, “We are OK So Far.”

Thanks very much to all who have been taking care of the place. Kevin and Mike Rowe pulled trees out of the road early on and I’m sure there are others who helped but remain anonymous.